What Are the Benefits of the Nexplanon Contraceptive Implant? 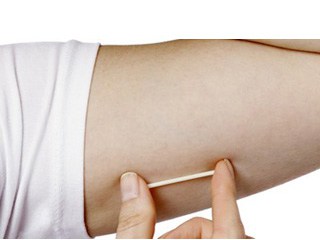 Carrie’s baby just turned 6 months yesterday. Well… It’s her second baby.  The first one is five years old or should we say old enough to help her take care of the little one!

Carrie was using oral contraceptive pills (OC) to prevent pregnancy before she got pregnant the first time. To be frank, she wasn’t sure if she was ready to become a mother. Carrie was living a busy life climbing the ladder of success in her career. cont…

However, her busy schedule made her a bit forgetful when it came to her taking her oral contraceptive (OC) pills regularly. The doctor had advised her to use those pills regularly; otherwise, they would fail to act. What happened next? Well, maybe she skipped the pills too often and this is how she got her first good news!

Anyways, Carrie was happy, though a bit unprepared. So, she wanted to be sure the second time around.

Carrie spoke to her gynecologist at length about her schedule and her tendency to forget. She also told him she wanted her baby to have a sibling, but she would like to maintain a gap of a few years between the two kids. This is when the doctor advised her to try Nexplanon.

When her baby turned two months, Carrrie visited the doctor again and during that visit itself, he implanted the Nexplanon contraceptive implant. Though she was breastfeeding at that time, her doctor told her the small amount of the progestin released by Nexplanon would not affect the growth and development of her child.

Carrie confessed, having Nexplanon implanted under her skin was a big relief for her. She could focus on her career and take good care of her baby without having to worry about taking her pills daily.

Carrie was sure she could get pregnant whenever she wanted to by simply getting the implant removed. Above all, she was assured that this time, she would get to make a choice about when she wanted to be pregnant.

After about 3 years, as advised, Carrie visited the physician again for the removal of the old Nexplanon implant and the insertion of a new one. The Nexplanon implant works for a period of 3 years. This is why, she needed to change it, as she wished to avoid pregnancy for a few more years.

Later, when Carrie’s first baby turned 4, she felt it was the right time to try for the second baby. She had settled well in her career and ‘we’, she means her, her husband and her baby, had developed a strong bond of love and affection.

So, they took a decision to get the implant removed and try for the second baby. Within a month of the removal, Carrie was pregnant once again. And this time around, the happiness and joy were greater because she felt more confident and prepared to welcome the baby.

Pregnancy, which is one of the most beautiful phases of women’s life, can turn even more beautiful when it happens at the right time. Every woman would like to be sure she can meet the challenges that come with being a parent before she decides to embrace motherhood. This is why women need to be aware of the best contraceptive options available that can help them avoid conception until they are ready.

Luckily, there are several types of contraceptive methods available for women including; oral contraceptive pills (OC pills), intrauterine devices (IUDs), implants, and so on. Each one of these comes with its own pros and cons. Also, there are some recommendations about which contraceptive works better under specific situations.

What is the Nexplanon Implant?

Nexplanon is a hormonal implant designed to help women avoid conception. Most women confuse it with intrauterine devices or IUDs, as both these methods of contraception involve inserting the device into the body for a long-term contraceptive effect.

However, unlike IUDs, which are inserted through the vagina to be placed in the uterus, Nexplanon is implanted under the skin. It is a tiny plastic rod that can be placed usually under the skin of the upper arm.

What makes Nexplanon an effective, convenient, and safe method of contraception is it contains a single hormone that is released into the blood slowly over a period of 3 years. This means women can simply get this device implanted and they will no longer have to take any pills every day or experience unpleasant symptoms like vaginal bleeding that may occur due to the IUDs.

Nexplanon contains a synthetically prepared form of a female reproductive hormone called progestin, which works in a variety of ways to avoid conception. It is one of the most effective forms of birth control that lasts up to three years.

It also has a higher efficacy rate, which is evident in the negligible risk of failure of this contraception.

This is why Nexplanon is considered a superior contraceptive for preventing pregnancy while being safe and convenient to use.

How does the Nexplanon Implant Work?

As stated earlier, the Nexplanon implant, once inserted into the skin, starts releasing progestin, a synthetic form of a female reproductive hormone called progesterone, into the blood. Progestin can prevent contraception primarily by inhibiting the process of ovulation.

Ovulation is an integral function of the woman’s reproductive functions. It involves the release of an egg from the ovaries during each menstrual cycle. During this process, the ovarian follicle releases an egg, which is also called an ovum. The egg is released only upon reaching maturity.

Nexplanon works by preventing this process of ovulation. Progestin released from Nexplanon prevents the ovaries from producing and releasing eggs due to which pregnancy fails to occur.

Nexplanon also causes thickening of mucus in the cervix thus making it hard for the sperm to reach an egg. As a result, fertilization of the egg does not occur, thereby inhibiting conception.

Another mechanism of action of the Nexplanon implant involves tricking the body into thinking you are already pregnant. It is a form of a negative feedback mechanism for the body.

When a woman is pregnant, her body produces a higher amount of the hormone, progestogen, which helps in continuing the pregnancy until full term. The synthetic version of progesterone, Progestin, released by the Nexplanon implant results in an increase in the levels of this hormone in the blood. Thus, the body is made to believe the conception has already occurred and so, there is no need to release more eggs. This is how Nexplanon offers added benefits by creating a hormonal balance favorable for the prevention of conception.

Why is it important to be Aware of the Benefits of the Nexplanon Implant?

There are many forms of contraceptives available for women. Each one offers a few benefits and also some disadvantages, women may find it difficult to make the right choice.

Hence, it can help to be aware of the specific benefits of the Nexplanon implant so that women can determine if it is the best choice of contraception for them. Being aware of the advantages Nexplanon can provide can also help women assess if this contraceptive is suitable for them or whether they need to choose another that matches their specific preferences.

What are the benefits of Nexplanon?

With a failure rate of just 0.05%, the Nexplanon implant makes up for one of the best methods of contraception for women who wish to avoid pregnancy for a longer duration. It is estimated that only 5 in 10,000 women while using this implant would become pregnant in a year.

The success rate of the Nexplanon implant as a contraceptive is higher than that of the male sterilization surgery called vasectomy, which is estimated to have a failure rate of 0.15%. It is also more effective than commonly used contraceptives like condoms, diaphragms, OC pills, and IUDs.

The Nexplanon implant is also a reversible method of contraception. This is in contrast to a  vasectomy performed in men and tubal ligation performed in women to prevent conception. These 2 surgical methods of contraception are considered irreversible, which means a woman may lose her chance of getting pregnant once she or her male partner has undergone these procedures.

The Nexplanon implant, on the other hand, continues to preserve the fertility of women and allows them to get pregnant again when they wish by simply removing the implant.

Once the Nexplanon implant is in place, you do not have to think about it for the next 3 years. It continues to produce a contraceptive effect for 3 years by releasing progestin into the bloodstream in small amounts.

Hence, it is suitable for women who wish to avoid pregnancy for a longer duration. It can be a contraceptive of choice for women who already have kids as well as those who would prefer to wait until they get pregnant the first time.

Does Not Contain Estrogens

Estrogen is another female reproductive hormone. Most contraceptives contain a combination of progestin and estrogens. However, estrogen-containing contraceptives may not be suitable for  women who have a higher risk of developing estrogen-sensitive cancers.

Women who have a family history of breast and ovarian cancer are often advised to avoid estrogen-based contraceptives to prevent the development of cancerous changes in these tissues. The Nexplanon implant can be suitable in such cases as it does not contain estrogen and hence, does not affect their cancer risk.

Oral Contraceptive (OC) pills are commonly used contraceptives by women across the world. However, OC pills have a higher rate of failure compared to the Nexplanon implant. And the most common cause of failure is not taking the pills regularly as recommended.

The hormones in OC pills can fail to prevent pregnancy when women miss the doses of the OC pills frequently or do not take the pills at the same time every day. The Nexplanon implant, on the other hand, does not involve taking pills daily.

Hence, women who tend to forget taking pills regularly can try an alternative method of contraception like the Nexplanon implant as no action is required from them once it is implanted until after 3 years when it needs to be removed/replaced.

However, the Nexplanon implant is not known to cause any serious side effects making it a safe choice of contraception for women. It may sometimes cause spotting in some women.

The Nexplanon implant can be inserted and removed at any time. Women just need to visit a doctor for the implantation and removal of the Nexplanon implant. The procedure is painless and can be performed in just a few minutes under local anesthesia. Women may develop mild bruising, tenderness, and swelling at the site of implant. However, these symptoms last only for a few days and often resolve spontaneously.

Some Other Benefits of the Nexplanon implant

The Nexplanon implant offers women a safe and effective contraceptive. It is beneficial for women who already have children and would like to wait for a few years before they can welcome a second child.

It is also suitable for women who are not sure if they want a second child and hence, would not like to undergo a permanent method of contraception like tubal ligation. The Nexplanon implant is also recommended for women who are looking for a long-term contraceptive to avoid pregnancy until they have achieved stability in their personal life as well as financial matters.

The convenience offered by the Nexplanon implant together with its higher effectiveness makes it one of the best methods of contraception for women across different age groups and stages of life.